Your Next Gaming PC will be Borrowed 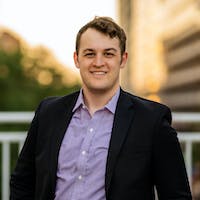 Back around 2008 I remember when I was 15 or 16 and I got together with a friend to build my first gaming computer. We ran to Microcenter, bought about $1000 worth of parts, then ran home to put it all together.

I’m thankful for that experience, it helped me begin to understand some of the absolute basics of computer architecture. More RAM means your computer can do more things at once. Better CPUs with more cores meant that your applications and games would run faster. A good, dedicated GPU would allow you to run your games at higher graphics.

At the same time, knowing what I know now, that thing was a nightmare. Keeping up with the recommended hardware requirements for the latest games was a nightmare. If I had a good CPU, I didn’t have just enough RAM. If I had enough RAM, my GPU just wasn’t good enough. On top of all that, eventually the computer would start to blue-screen all of the time. I had to jury-rig many different fixes from pulling and re-plugging all my hard drives to safe-mode boots. Of course, I also couldn’t carry this massive PC around with me everywhere so I was planted in my chair. If I was traveling then I couldn’t access my games.

Consoles were a nice in-between. Yes I had to deal with my engineering friends jabbing me for taking the technically easy way out, but playing God of War on my PS4 somehow made it all better.

As a new generation of Xbox and Playstation consoles begin to emerge, I’m making a plan to purchase neither of them, nor am I planning on building any new gaming computers. In spite of this decision, I still plan on playing games. I’ll be purchasing through platforms like Google Stadia, as well as Amazon Luna when it decides to launch.

While I had been keeping my eye on Google Stadia and it’s shaky launch, what sold me was when I decided to purchase Cyberpunk 2077 on the platform after being disappointed in the performance on my Xbox One. As you can see, the game was quite playable and performance was good on a Macbook Pro with a wireless connection one floor up from my router.

Massive game companies like EA are not interested in catering to the gamers looking to drop $2000 on a gaming pc. These people are increasingly few and far-between. The largest gaming console market in the world is phones. If it was measured, I imagine regular PCs not optimized for gaming would be a close second with the popularity of games that are not graphics intensive such as Among Us.

FYI if you want to try a few free games on Stadia you can get a free month of Stadia Pro which includes a growing library of always free games using my referral link.